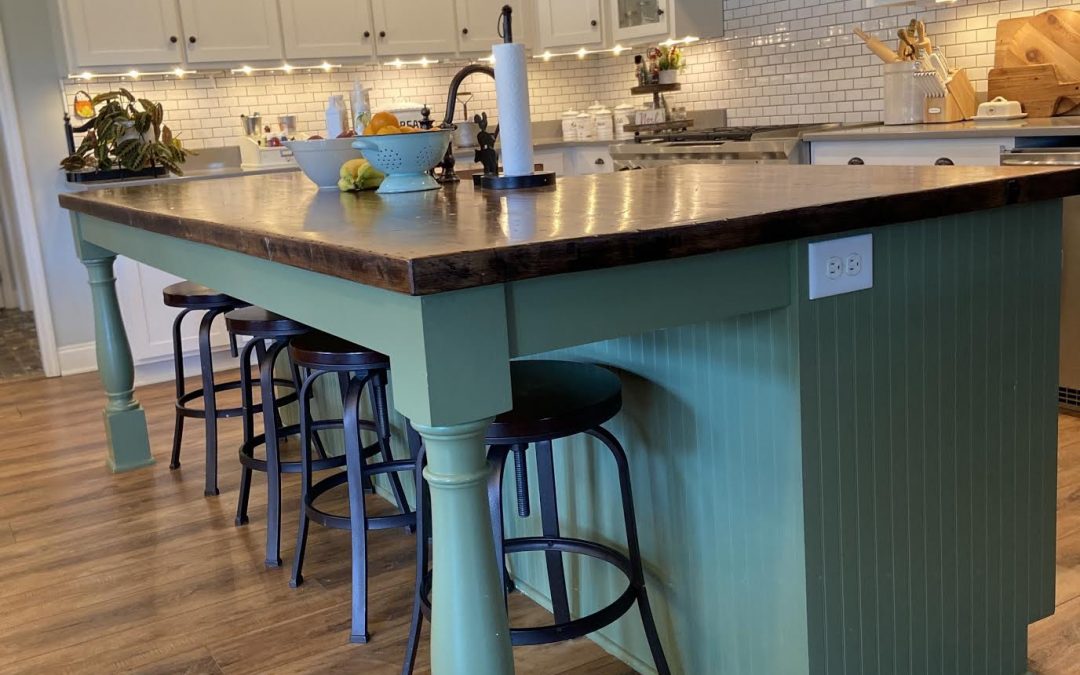 With it being the holiday season, I, like most of you, have been spending a lot more time in the kitchen (after all, what is Christmas without an abundance of cookies? 🤪). All of this extra cooking and baking is made so much simpler with plenty of counter space, which is why I’m so grateful for my beautiful kitchen island, made by Harp Design Co.

You may be familiar with the name. Harp Design is based out of Waco, Texas, and owner Clint Harp was featured prominently on HGTV’s Fixer Upper with Chip and Joanna Gaines. I have always been a big fan of the show and Clint’s work, Daryle, however, had no idea who they were.

I ordered my first pieces from Harp Design Co five years ago, a gorgeous table and bed. Daryle had a show in Waco so picking the pieces up in person worked out perfectly. Being a big fan of Fixer Upper, I was so excited to meet Clint and his wife, Kelly! But as luck would have it, I became sick the night before, and had to stay back. So Daryle took his Realtree camo tour bus out to the shop to pick up our furniture without me. As it turned out, he may not have known of the Harps or Fixer Upper, but the Harps were fans of his!

The Harps ended up coming to Daryle’s show that night. Clint is a Georgia boy, so he and Daryle quickly bonded over Georgia Bulldogs, and they became fast friends. Kelly and I soon followed suit. After Daryle passed away, Clint and Kelly invited me to spend a weekend with them in Waco at the Harp House, a little house they keep next to the shop. It was very sweet to sit and reminisce about old fun times while creating new ones.

Today I have five pieces from Harp Design. The table, the bed, a bench, our fireplace mantel, and of course, my beautiful kitchen island. Each piece is incredibly special to me, not only because of the quality or craftsmanship, but because Clint and Kelly are such wonderful people, and dear friends of mine. Our family has created so many special memories around these pieces, and spending so much time at my kitchen island this season has inspired me to share one of those special memories with you!